Carnival Sideshow and Other Magical Things 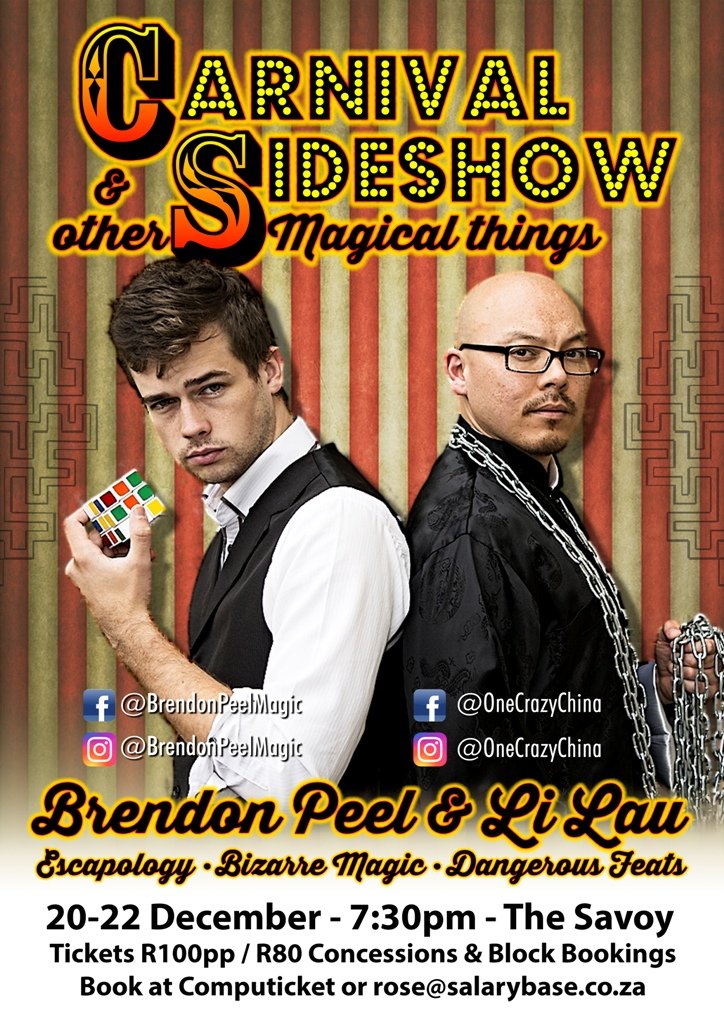 Catch the duo as they take you on a journey through the realm of both magic and sideshow. The show is filled with magic tricks, danger, classic sideshow routines, escapes, and never before seen stunts. These are the types of feats that most people do not get an opportunity to watch live, but this December you have the perfect opportunity to witness these feats right in front of your very eyes.

There will also be an attempt to set a new world record within the show. This world record attempt is an added bonus to the show where you will see Li Lau (who is one of South Africa`s top escape artists) attempt to set this record with an escape he devised known as the `flaming pick` - this highly dangerous escape will involve regulation handcuffs and a lit torch held between his teeth, this is a truly daring escape and not one to be missed!

This show is truly something different from what you may be used to. Brendon Peel`s witty sense of humour and cutting edge magic will keep all ages engaged and entertained and Li Lau`s insane stunts will make you question the realms of what is possible or real.

The show premiered earlier this year at the Grahamstown National Arts Festival, with great success and critical acclaim. Both performers are native Port Elizabethans.