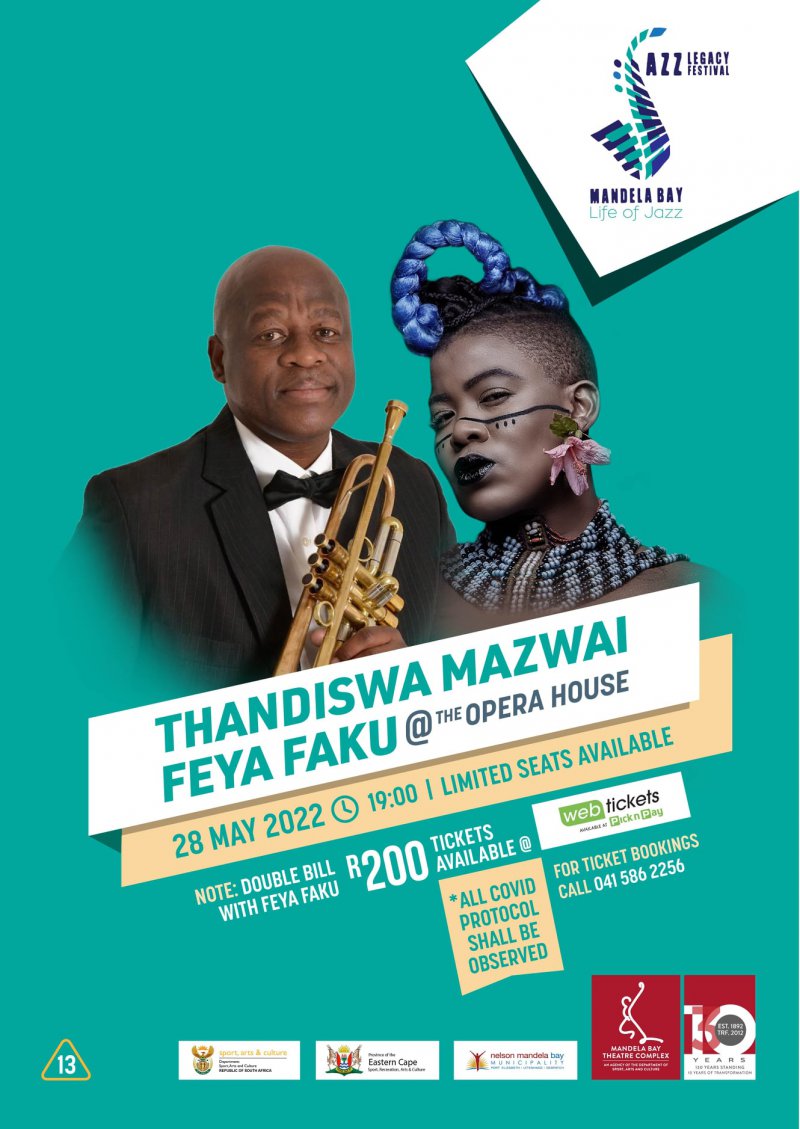 The Mandela Bay Theatre Complex presents the Mandela Bay Jazz Legacy Festival, (MBJLF) in May. MBJLF was motivated as the tribute to the culture of jazz appreciation that is prevalent in Gqebera & Kariega (Port Elizabeth and Uitenhage) which stretches back to early 1900s. That culture has produced the legendary Soul Jazzman, Zim Ngqawana, Feya Faku, Lulu Gontshana and many up and coming who have raised their hands.

MBJFL is the annual gathering of jazz appreciators in the Nelson Mandela Bay.

In 2022 MBTC launched a Performing Arts Business Support called Isakhono Performing Arts Awards, one of the awards dedicated to jazz excellence. For 2021 awarded in January 2022 Feya Faku was Isakhono Award for Jazz Excellence.

MBJLF 2022 is a double bill of Jazz, with Feya Faku sharing the stage with another luminary, the award winning Thandiswa Mazwai whom it will be her first time performing at the Mandela Bay Theatre Complex. The performance will be at The Opera House (Main Stage), with Feya Faku as the opening act.