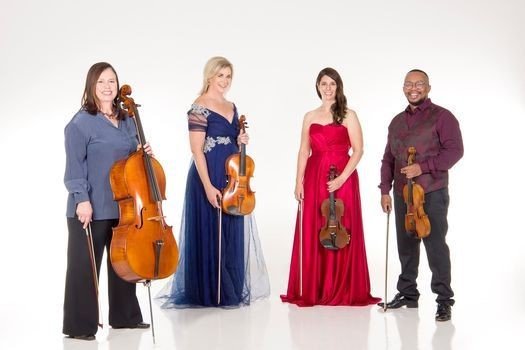 It is with great joy that I can announce the Odeion String Quartet’s concert for the PE Music Society on Thursday, 18 November 2021, in the Dutch Reformed Church Summerstrand, 77 Louis Botha Crescent

The quartet performs regularly in all the major cities in South Africa and at major national arts festivals. These performances have received several awards. The quartet was honoured to receive two KykNET Fiësta nominations (2015, 2016) and a “Woordtrofee” nomination (2020) for performances at arts festivals. During 2019, the quartet received the prestigious Huberte Rupert Prize from the South African Academy for Science and Arts for the quartet’s contribution towards arts and culture in South Africa

The quartet members are devoted to teaching and play an important role as teachers and mentors at the Odeion School of Music (OSM) at the UFS, which attracts students from all over the country. They also coach numerous chamber music ensembles and present workshops on the basic principles of string playing. The Quartet is thus an essential part of the UFS collaboration with the FSSO, the FSYO and the OSM.

For their concert in Gqeberha, they chose to play the following programme:

Dear Friends, may I suggest that you bring a little cushion with to the concert as the church pews can become a bit uncomfortable after a while!

No pre-bookings unfortunately as tickets will be sold at the door!

We hope to see all of you at the concert!!