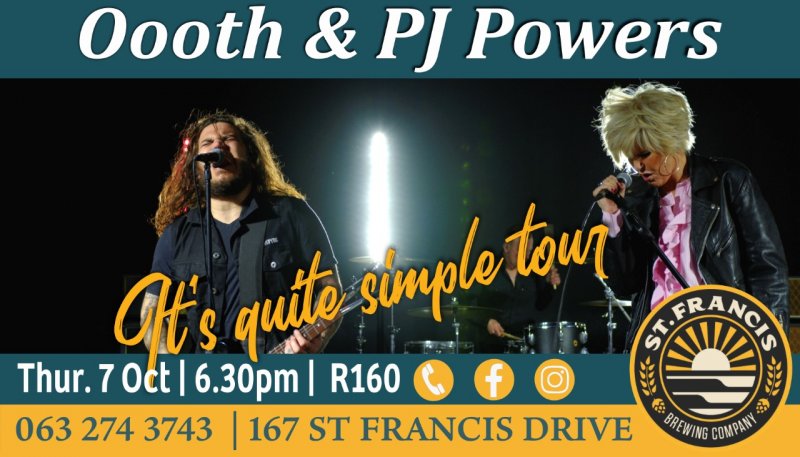 From the creator of SA’s favourite Tribute Shows, Jason teamed up with PJ Powers and released a stellar rock ‘n roll song ‘Its Quite Simple’.
(Watch it here - https://www.youtube.com/watch?v=SI6WYfHBVOw)

Following the amazing support this song received Jason and PJ Powers decided the journey is not over yet and so the ‘It’s Quite Simple Tour’ was born.
Expect favourites like World in Union, This Life and Jabulani meets Oooth’s rocking backline. This is an event not to be missed.
. . . . . . .
When - 7 Oct 2021
Where - St. Francis Brewing Company
Time: Show starts at 18:30
Price - R160 per person