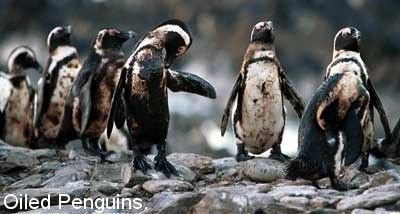 Over the last 3 years, Algoa Bay has witnessed an increase in bunkering operations, with large international vessels frequenting our bay for refueling.
Bunkering, the ship-to-ship transfer of fuel or oil from one vessel to another while at sea, is a high risk operation. An oil spill can have major environmental consequences, impacting on other ocean industries such as tourism, water sports and fisheries.
Although numerous objections were raised by marine scientists, environmentalists and tourism groups, licences to operate in the Bay were issued in 2016.
As feared by many an incident took place on 6 July 2019 during offshore bunkering operations less than 10km from the Port of Nqura. It is reported that 200 â 400l of fuel was spilled into the sea due to an overflow during fuel transfer to the receiving vessel.
Even though a commercial oil spill response service provider was summoned to mitigate and contain the spread of the spill, more than 100 birds, all endangered bird species, were oiled. Algoa Bay is a marine biodiversity haven and has been earmarked to be declared a Marine Protected Area (1 Aug 2019).
The offshore bunkering operations pose a real and imminent threat to our marine life, our waters and our beaches. We need to question the total lack of environmental and financial risk assessments for these operations that have quietly been licenced in the Bay.
The public has been left out in the cold over this whole period! As a custodian of the Bay you are invited to this public meeting to voice your concerns over the operations.
We plan to compile and submit a concern report to the appropriate departments to reconsider the bunkering operations in Algoa Bay.