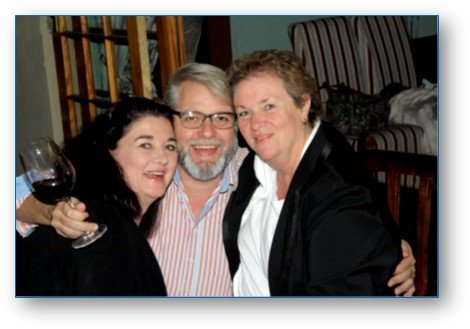 Spring Soirée - a Schubertiade
To celebrate the arrival of Spring Hopefield Country House presents a concert filled with the memorable melodies of the Austrian composer Franz Schubert. During his lifetime Schubert spent many evenings in front of the piano, making music with his friends - these gatherings became known as Schubertiades and has endured to this day - his music becoming some of the most performed in the concert halls of the world.

At Hopefield Country House we consider it one of the great pleasures to make music with friends and the concert on 8 October is no exception. Hopefield co-owners Kobus Buys and Gerhard Maritz have a long standing friendship with pianist and vocal coach extraordinaire Mathilda Hornsveld who recently relocated from Pretoria. Viola player, Elmarie Van Der Vyver and Kobus actually met whilst both working in the South African Army Band (a lifetime ago) and Elmarie too left the smog of Gauteng behind to make the Windy City her home.

On the programme will be a selection of Schubert's most famous songs, the tempestuous Fantasy for two pianos as well as excerpts from the poignant Arpeggione Sonata for viola and piano.