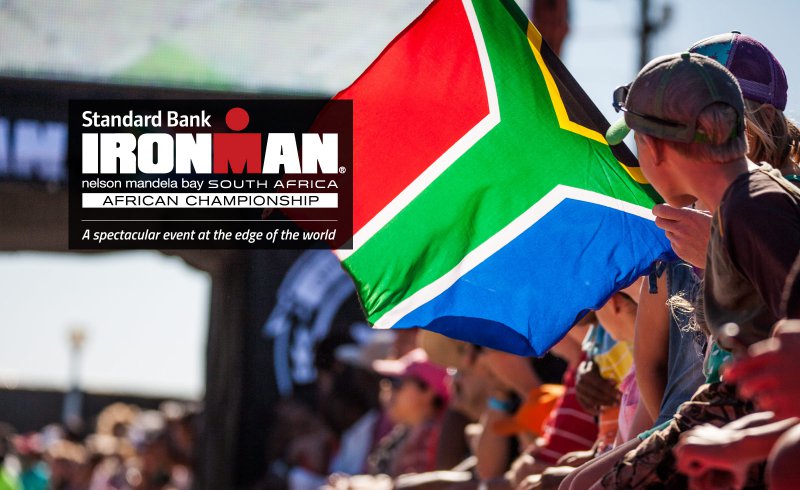 This event has been a favourite on the European race circuit for over a decade. The day begins with a one-lap, 3.8km swim course beginning on Hobie Beach. Athletes head out parallel from the pier and turning left after 300 meters. The course then goes past Humewood Beach all the way to Kings Beach before turning and heading back towards Hobie Beach. The water temperature is usually in the mid-70's and the seas is often calm.

The bike course, featuring a new route in 2016, takes athletes out on two flat, fast laps of 90 km on one of the most spectacular bike courses on the IRONMAN circuit. The route takes athletes along the coast at Marine Drive, delivering sweeping views of the ocean and the rugged coastline along a marine protected area, before moving slightly inland at Seaview on an undulating scenic countryside section.  Athletes return along the coast to the transition area to start the run.

With the first change to the run course in its 11-year history, the new run course will bring athletes closer to their fans and friends than ever thanks to four loops along Marine Drive and the event's famous crowds of 80 000-plus spectators.

PORT ELIZABETH, South Africa (18 November 2015) – The Standard Bank IRONMAN® African Championship will undergo a route revamp ahead of the 2016 event on 10 April 2016 which should make for some fast racing, unlike anything before seen in Nelson Mandela Bay. Changes to each leg of the iconic event will give seasoned athletes a new challenge and offers first-timers a fast welcome to the IRONMAN City of Africa.

The biggest and most significant change will be on the bike route due to major road works in the centre of the city which has necessitated the change. While certain changes have been enforced due to road works on sections of the 2015 course, the new course offers enhanced safety for athletes with full road closure and contains significantly fewer cross over points for motorists. Consequently, the new route will also have a smaller impact on the city with access roads to Walmer, Summerstrand, Humewood as well as the Port Elizabeth Airport all open to the public.

The new route, while remaining two laps of 90.1km, is now almost completely coastal and will see athletes exit transition to their left along Marine Drive, passing Schoenmakerskop and Sardinia Bay before joining Seaview Road via Heron Road. Athletes will continue until Beachview where they will turn and complete the reverse, back to transition at Hobie Beach. Athletes will then turn in front of the Beach Hotel and proceed to the second lap.

The run route undergoes its first change in eleven years, changing from three laps of 14.06km to four laps of 10.55km. Athletes will exit transition at the Blue Waters Cafe entrance to the Hobie Beach parking area, proceed past the old turnaround point at Driftsands and turn at the Humerail intersection. After the turnaround, athletes will run along Marine Drive and turn right into Admiralty Way turning around at the island at the University Way junction and make their way back towards Marine Drive and transition. The new run route gives athletes more time along Marine Drive where supporters will be in abundance. This also removes the dark and lonely stretch of Marine Drive after the university back gate.

At the front end of the race, the swim course remains the same but after great success at international races as well as at the Standard Bank IRONMAN 70.3 Durban this year, the new rolling swim start system will be introduced. The rolling swim start has become the international standard for IRONMAN and IRONMAN 70.3 races after debuting at races around the world in 2015. This creates a safer swimming environment for athletes as it alleviates the congestion of the mass start, reducing the chance of athletes being swum over. The self-seeding system means that the stronger swimmers start at the front of the race and no wave starts are necessary. Rolling swim starts have also shown to alleviate drafting on the bike leg.

“As organisers we always have multiple route options in our planning structures to account for various scenarios. While some of the changes are enforced, we truly believe that the new course will present an exciting challenge for athletes while minimizing the impact on the city and residents. With safety being our core focus, the new route ensures that we are able to minimise risk efficiently while still offering a world class race experience,” says Paul Wolff, Director of Operations for IRONMAN South Africa.

The changes are bound to see athletes recording some of the fastest times seen in Nelson Mandela Bay making for some exciting viewing for spectators. The layout of the course also means that spectators will get to see more of the action than ever before with the cyclists passing the Marine Drive crowds four times and runners passing by eight times during the course of the race. The Standard Bank IRONMAN African Championship is once again set to bring some of the world’s best long distance triathletes to Nelson Mandela Bay next April shining an international spotlight on the city.