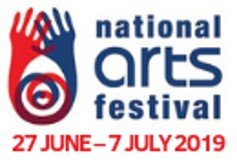 Home to more than 40 religious buildings, Makhanda is also affectionately known as the City of Saints. Formerly known as Grahamstown, the city was renamed Makhanda after the Xhosa chief and warrior best known in history for leading the ‘Battle of Grahamstown’ in 1819.

Two hundred years after its establishment as a military outpost, these days it is sometimes mistaken for a sleepy university town on the East Coast of South Africa. For 354 days of the year that is – for the remaining 11 days it completely transforms and explodes across 90 venues to become Africa’s largest multi-arts festival, attracting more than 200 000 visitors, who are here for more than 2 000 performances on a programme of more than 600 events.