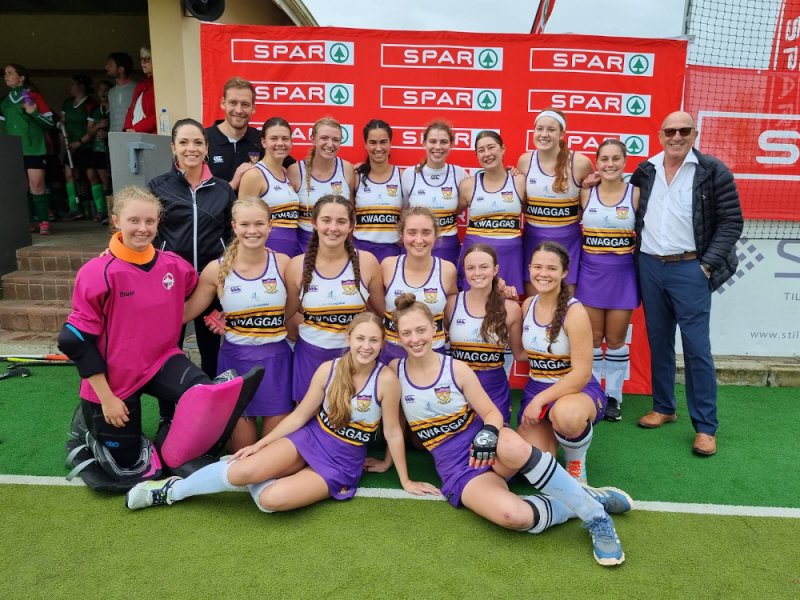 Outeniqua High beat York in a penalty shootout to become the champions of the Southern Cape leg of the SPAR Schoolgirls Hockey Challenge in George on Saturday.

York had beaten their George rivals in the previous three finals, twice in penalty shootouts, but this time the Kwaggas were able to turn the tables by taking the shootout 3-2 after the score was 1-1 at the end of regulation time.

It means that for the first time a different team will represent the region at the provincial finals to be hosted by Collegiate in Gqeberha on August 13 and 14. York had won the previous four Southern Cape tournaments.

Outeniqua coach Kirk Mendoza said it was an “absolute honour and privilege to end the day as winners”.

“What an amazing feeling. All the hard work this group of young ladies has put in over the past year and the new season has finally been rewarded.”

He said they always knew it would be a tough assignment as any team was capable of triumphing on any given day.

“It’s all about the effort you put in. Hard work done before such an event is crucial.

“We have an amazing conditioning coach in Walter Lutsch, so we knew that we were up for it physically. Then it all comes down to the mental part and the time you put in on the turf.”

Finally winning the Schoolgirls Hockey Challenge in this region was a special moment, he said.

“Playing local teams in a completely different way is absolutely fantastic. York are an amazing hockey school, so playing our great rivals in the final and managing to win makes this even more special.”

Tournament director Matt Blair said it had been an excellent day of hockey, capped by an extremely exciting final.

“From early on in the day it was clear that there was little to choose between the two sides, especially after York and Outeniqua drew 1-1 in their round-robin match,” he said.

“The final was extremely well contested and the Kwaggas took an early lead through a penalty corner after five minutes.

“York equalised with just three minutes left and then almost snatched victory when they missed a shot in the nine-yard area with just two seconds on the clock.”

Another 1-1 draw meant the final went to a penalty shootout in which players have eight seconds to shoot for goal, five girls representing each team.

This was also tightly contested. Both teams were successful with their second shots and Outeniqua went ahead 2-1 with their fourth attempt.

But York immediately drew level again with their fifth shot, meaning Outeniqua’s fifth player needed to score to give them the victory.

She was successful, cementing Outeniqua’s place in the provincial finals alongside DSG (PE Inland leg) and Collegiate (PE Coastal leg).

The remaining two places for the finals will be decided at the East London Coastal (May 15) and East London Inland (May 22) legs.

Despite the cold and rainy weather, SPAR Eastern Cape promotions and events manager Alan Stapleton said it had been another “wonderful display of schoolgirls’ hockey”.

“Even with the conditions, it was warm and vibey, with the hockey being played in an excellent spirit,” he said.

“It was really good to be back in George and to be able to host the schools of the region at such great facilities at Outeniqua High.”