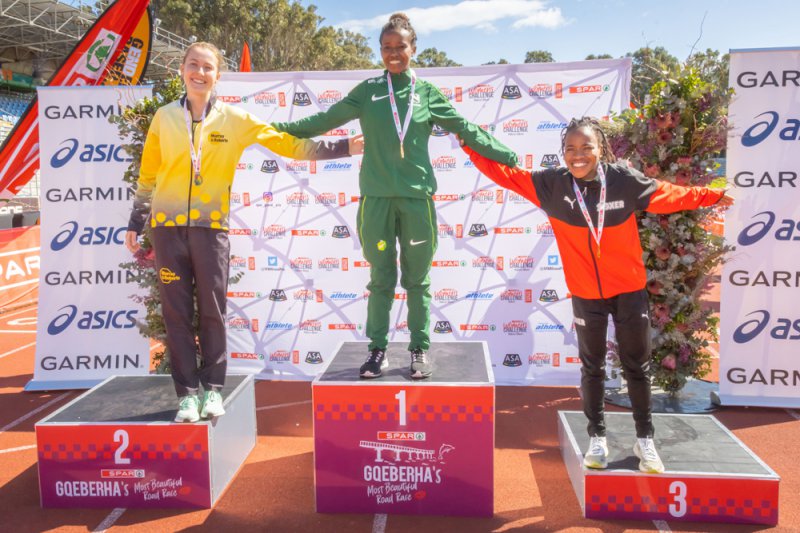 SPAR will continue its commitment to professional road running when the Grand Prix Series kicks off with the first of six legs at the Nelson Mandela University Stadium in Gqeberha on May 28.

But the national retailer has not forgotten the thousands of women who are in it for the fun and camaraderie and therefore the SPAR Women’s Virtual Challenge will again take place – this year on September 3.

At the official launch and pointing at the event slogan #IRise, SPAR Eastern Cape sponsorships and events manager Alan Stapleton encouraged runners from all walks of life to recognise the contribution of women to society.

“No matter the circumstances, let us all rise beautifully, individually and together to use the SPAR Grand Prix and Virtual Challenge to celebrate the power, beauty and courage of women,” he said.

“We are not just survivors, we do not just dream, we rise to the occasion.”

Stapleton highlighted the importance of the Grand Prix Series and the role it had played in the sport in South Africa.

“For the past 15 years the Grand Prix has brought athletes from all over the world together to make their mark locally and globally, mobilising a platform for professional and aspiring athletes,” he said.

“SPAR has made a difference in the lives of these runners and, in 2022, will give the country’s top athletes another chance to rise to the challenge. We are behind them all the way.”

Stapleton said the route at the Nelson Mandela University campus had been altered slightly from the three loops of just more than 3km each last year.

“This time there will be two loops of 5km and although Covid protocols have been relaxed, the series has decided to stick with a maximum of 500 entries for each regional event.

“Besides the pro runners, invitations have been sent to the clubs to submit names for the categories of juniors, open, 40 to 49 and 50 to 59. Runners over 60 can enter but that category does not have prize-money.”

He added that spectators were now welcome to watch the race and that, nationally, a total prize fund of nearly R2-million was on offer.

“At this stage, I would like to say a massive thanks to Walmer Athletic Club, Madibaz Sport and EP Athletics for all their work and support under difficult circumstances.”

Stapleton said in committing themselves to road running they also wanted to highlight the plight of gender-based violence (GBV).

“This is where the Virtual Challenge is very important to help raise awareness of GBV and of those organisations that spend their time helping victims,” he said, confirming that SPAR EC would support On Eagles’ Wings and United Through Sport this year.

“Based on the success last year where it brought together 60 000 runners around the country, we are again looking forward to a massive day of fun.”

He said they decided to go virtual again to mitigate any affects Covid might have and that registration details would be released at a later stage.

“That doesn’t mean we have compromised in any way.

“Under the SPAR banner we can get our friends or work colleagues together and have a great time while sharing our experiences with one another on social media using the hashtag #IRise.”

In conclusion, Stapleton saluted the pacesetters and record-breakers who rose above their limits and challenged others to do the same.

Anyone interested in competing in the 10km Grand Prix Series event on May 28 can contact Meagan Jenkerson of Walmer Athletic Club on 072 257 2161 or at jenkerson7@gmail.com.