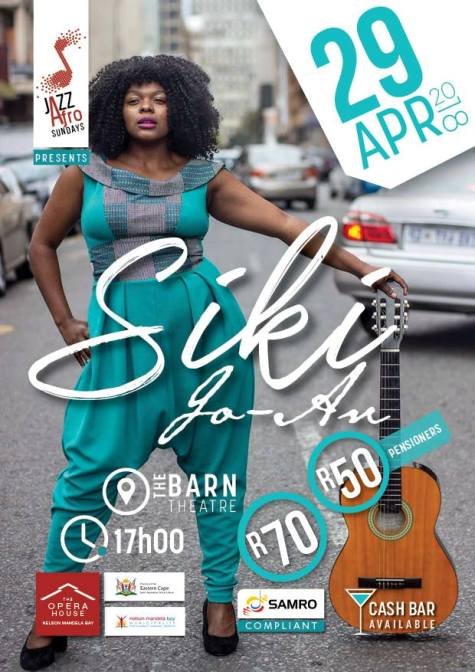 Sikelelwa Jo-An Qwazi, is a multi-talented artist hailing from the dusty streets of Kwa-Zakhele, Port Elizabeth, South Africa. This is where her love for the art and stage began where from a young age she began performing with a local traditional dance group, moving onto to singing and eventually she became an actress. Siki Jo-An, is a musician, who sings African Soulful music with a fusion of Operatic Jazz and plays guitar and Keyboard. Her artistic style, expression and image embody her abilities, aspirations and achievements as a musician, writer, theatre maker, actress and creative thinker. She is inspired by the Xhosa culture, the Township lifestyle, experiences that have both directly and indirectly affected her. A Rhodes University Bachelor of Arts graduate, where she studied Music and Drama. She specialized in Classical Vocal Art studies, Physical Theatre, Acting and Creative Writing. Siki Jo-An recently relocated to Johannesburg, where she is currently studying at the Duma Ndlovu Acting Academy, she also works as an online English teacher and a Performing Artist.