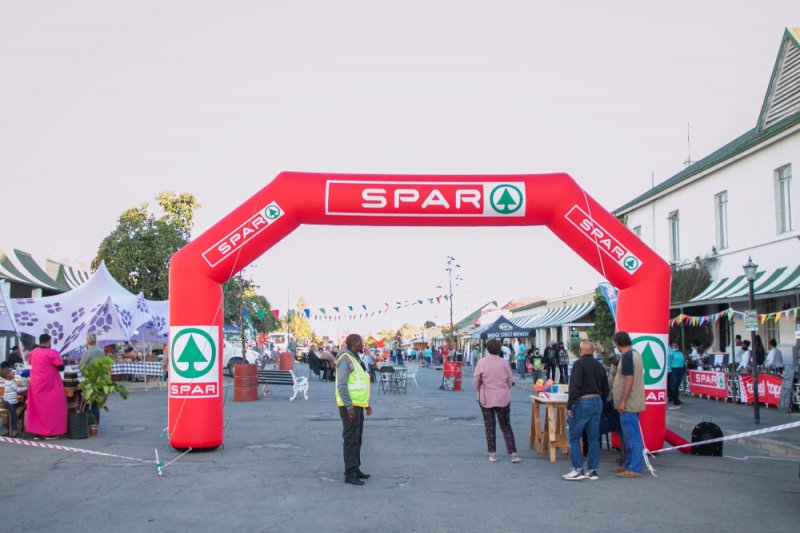 After another hugely successful Karoo Food Festival, the annual celebration of traditional delicacies is beginning to stake its claim as an event with a national footprint.

The festival took place in Cradock from April 29 to May 1 and co-organiser Lisa Ker said they were “absolutely gob-smacked and thrilled about how things went”.

Besides the chance to sample Karoo specialities such as skaapstertjies, skilpadjies, roosterkoek, koeksisters and Bokfeintein Sushi from the food stalls which lined the streets, there was entertainment and fun aplenty for young and old.

“We had so much support from the local community, both in terms of joining in the fun and setting up stalls. That really made it take off this year,” said Ker.

“There were also people who came from as far afield as Pretoria and the biggest thing for us is that we are now getting returnees to the festival.

“It is more than just a local footprint; the success of the festival means that word is spreading to other parts of the country and I am confident it will only get bigger.”

With Market Street closed off to traffic on opening night, festivalgoers set themselves at tables in the road to enjoy some of the Karoo’s finest fare.

“It’s really about having fun and enjoying what we have to offer,” she added.

“We had musicians from Gqeberha, local Chris Britz with his special brand of boeremusiek, an amazing play area for kids and great competitions such as the potjiekos contest on Saturday night and the 21km and 5km runs on Sunday.

“We had about 45 stallholders on Friday night, which increased to 70 on Saturday in glorious weather and the whole festival just hummed.”

Ker was emphatic that the success of this food extravaganza would not have been complete without the input of SPAR Eastern Cape, who supported the event.

“I can honestly say that is the bottom line, because it would not have been the success it was without them.

“It’s not that they just support us financially. They become involved in the whole exercise, giving us freely of their expertise in hosting big events of this nature and using the occasion to promote their campaigns of environmental awareness and the fight against gender-based violence.

For example, said Ker, the T-shirts provided to the workers had been made entirely of discarded plastic.

“They also placed bins all over the area to emphasise the message of cleaning up our environment.

“We are truly grateful for their willingness to become involved in community-based projects and linking up with us has had massive benefits for the whole festival offering.”

SPAR EC sponsorships and events manager Alan Stapleton said it was a pleasure to be part of the Karoo Food Festival.

“One of our key pillars is to support the local community and it really was fantastic to link up with our friends in Cradock and the greater Karoo region for a memorable event,” he said.

“The team who host the festival are so well organised and it’s exciting to be part of another wonderful occasion which promotes the Eastern Cape and what our region has to offer.”