KINGS VS SCARLETS MAKES A FUN SUNDAY FOR THE WHOLE FAMILY 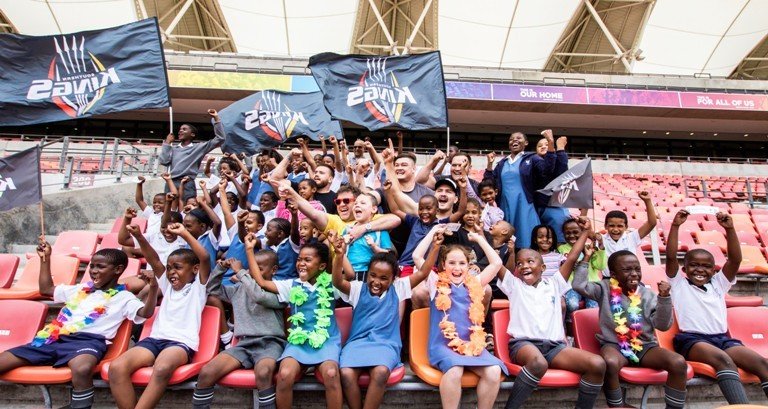 Kings Vs Scarlets makes fun Sunday for the whole family

It will be a competitive Sunday rugby debut for the Southern Kings at Nelson Mandela Bay Stadium this coming weekend when they take on powerful Welsh outfit, Scarlets, in a GUINNESPRO14 clash. Local sports fans, usually accustomed to watching cricket on Sundays, are now afforded a rare opportunity to support their local rugby franchise and the Kings are going all out to make it memorable!

“This really has the potential to be an amazing occasion and we invite everyone to be part of it,” said Charl Crous, Southern Kings Chief Operating Officer.  “The last time we had international rugby action on a Sunday at Nelson Mandela Bay Stadium was when we hosted one of the IRB Sevens Series legs a few years ago and we would love to have our fans join us on Sunday 26 November to re-create some of the carnival atmosphere and flavour that reigned back then. I think the timing is perfect. We are heading into the festive season, it is month-end, there is good weather on the way and the holiday spirit is already beginning to take hold so it all adds up to a fantastic Sunday entertainment option for our city,” he added.

There can be little doubt that the ever-improving Kings team would appreciate the boost that good home support can bring. Head Coach Deon David’s charges ran Ulster, from Ireland, awfully close in their last fixture before going down 36-43 at the death. The result did see them bag their first two championship points of the season, though, and who knows what some love and affection in recognition of these efforts from locals might inspire them to achieve next!

The opposition will be a tough nut to crack, however, not only are Scarlets the reigning GUINNESSPRO14 champions but their squad is set to include a number of Welsh internationals and should also bring erstwhile King David Bulbring into opposition with his former franchise.

The match against Scarlets will kick off at 3pm on Sunday, 26 November and gates at the Nelson Mandela Bay Stadium will open at 1pm. Tickets are available online from www.ticketpros.co.za and also from TicketPro outlets.