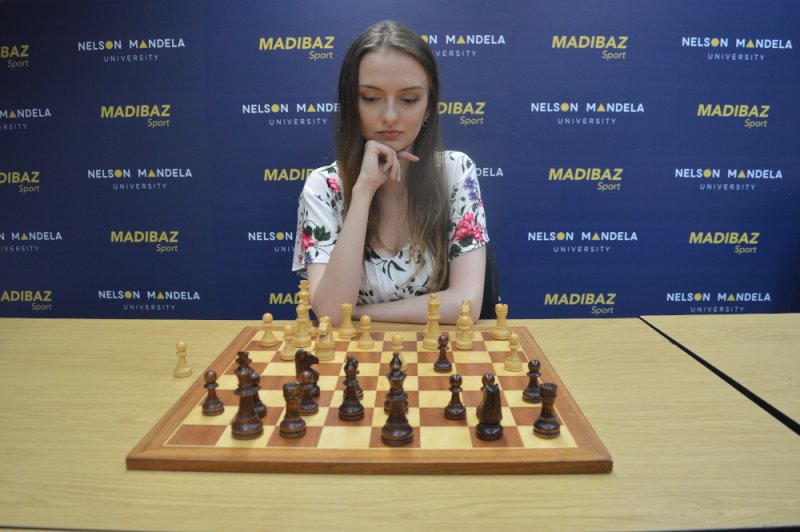 Madibaz chess player Charlize van Zyl has been chosen to represent South Africa at the World Olympiad in Moscow, Russia, in August.

Nelson Mandela University student Charlize van Zyl continues to make her mark in the chess world, having been chosen to compete in the World Olympiad in Russia later this year.

The 20-year-old, who is in the third year of a BA media, communications and culture degree, was named in the South African team after an eye-catching performance in the national women’s Closed Championship in December.

“I was placed joint third in that tournament, which consisted of 12 of the country’s strongest female players,” said Van Zyl. “We competed in a round-robin format, meaning that we all played against each other.

“Funnily enough, I beat both the women who came first and second. It was because of these results that I was chosen for the Olympiad team.”

She said it was always her goal to make the Olympiad team as a young player and being selected for the national team for a second time was an extremely proud moment.

“It [the Olympiad] is a highly prestigious tournament and, by extension, it is an accolade to have made the team,” said Van Zyl. “I worked very hard to get there.

She added that the World Chess Olympiad was one of the most prestigious chess tournaments in the world, taking place every two years.

“Countries from all over send their best male and female teams, consisting of five players each, so the top players in the world will be there.”

This is the 44th Chess Olympiad and it will be held in Moscow from
August 5 to 18.

The former Erica Primary and Collegiate High pupil said she learnt the game from her father at the age of seven and it had become her passion.

“When I was eight I began to play competitively and I have taken part in many tournaments nationally and internationally since then.

“In 2013, at the age of 13, I attained the Woman International Master title, becoming the youngest South African ever to do so.”

Chess, she added, was a big part of her life.

“It is a massive passion for me. Apart from playing I am also an accredited chess coach, coaching at schools as well as privately.

“I believe that chess has had an incredible influence on me as a person, to the extent that it is part of who I am.”