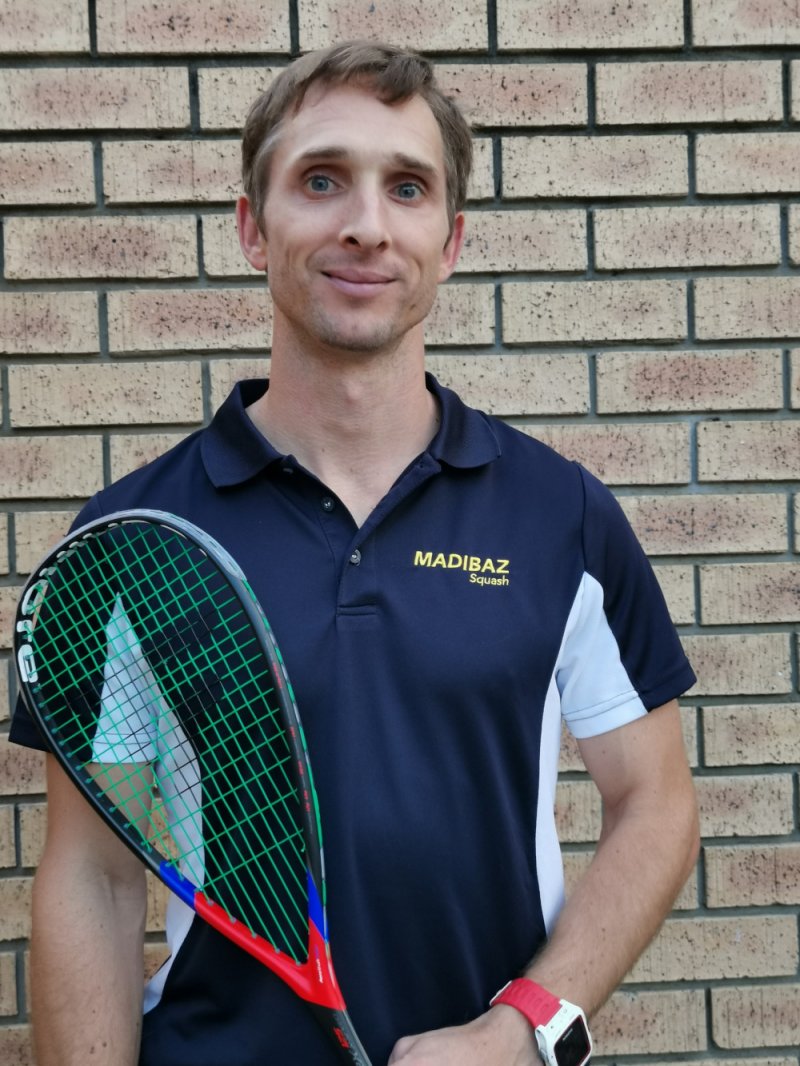 Madibaz player-coach Jason le Roux has had an influential role on squash at the varsity since he moved to Port Elizabeth in 2011.

The 37-year-old coach, who is also a leading player, has had an influential role in Nelson Mandela University’s squash fortunes since he moved to Port Elizabeth from East London in 2011.

After studying sport science and doing his honours at Nelson Mandela University, he was on the verge of heading to Cape Town in 2015 to become the UCT squash coach.

“However, in December [2014] an opportunity opened up at the Eastern Cape Academy of Sport, where I did my internship during my honours year,” he said.

“I was fortunate to get that position after applying and am now the acting co-ordinator for the Madibaz High Performance Centre at Nelson Mandela University.”

As a player for the varsity, Le Roux took over the coaching position when former Eastern Province player Richard Driscoll decided to leave.

“At that stage Richard was happy to move on and asked me if I would mind taking over the coaching of Madibaz squash,” said Le Roux. “Since 2013 I have officially been coaching Madibaz Squash and been the chairperson for the squash club.”

Competitive by nature, Le Roux, who has done the Ironman SA race in Port Elizabeth, said his aim for the players was to always achieve the best result possible.

But he acknowledged the top priority for student-athletes at the varsity was academics.

“As a mentor to them I want them to see that squash is a sideline to their future and studies,” he said. “But that does not mean you can’t give it your all on the court.

“Once you know the time you have for it, give it everything in that time and seek enjoyment out of improving and being the best you can be.

“I want players to create memories, stories and pride in themselves about what they achieved, both individually and for the team.

“Also the balance [with studies] is essential and the networking and what you learn from competition and training and how it develops you are vital. Don’t ignore it.

“The difference between you and the next person in the job interview can be your sport achievements and bosses like to see that you are a balanced and disciplined person.”

Le Roux emphasised the enjoyment side of the game rather than putting too much pressure on oneself as a player.

“My main goal as a coach is to keep these players playing squash and to help them enjoy squash and want to improve,” he added. “From there it is coaching them to improve and how to be their best.

“The most important issue I try get across is not to quit. Try to enjoy squash and the training, or the games only if that is what you want.

“If you can find the element of fun first, then you can look to grow in the game.”

The coach said the Eastern Cape region was blessed with considerable squash talent. Madibaz have gone through several years of success under his leadership.

“There are plenty of exciting young players, but the struggle is to keep them in the Eastern Cape and to get them to study at Nelson Mandela University,” said Le Roux.

“At the moment four of our top five men and four women achieved top 10 rankings at schools level.

“But varsity squash is different and the maturity level and disciplined training takes over, so you don’t always have the top juniors coming through.

“For example, Kyle Schwarz achieved Madibaz No 1 and made the USSA squad without being a top junior.”

As the team’s No 1 player, Le Roux said he definitely tried to “lead by example”.

“It’s the best way to influence younger students,” he said. “It is more challenging now with the addition of a new baby, but rewarding seeing people grow in their sport.

“Seeing them wanting to be the best they can be while continuing with varsity and their futures is very encouraging.”