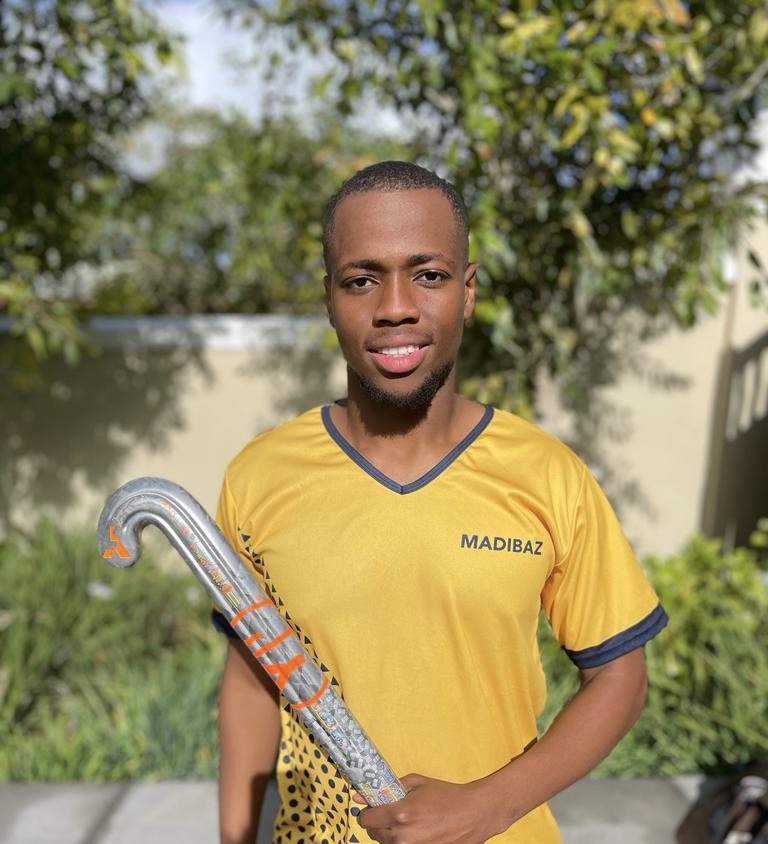 Madibaz hockey goalkeeper Kamva Dyakala has been selected for the South African U21 team to play in the menâs interprovincial tournament in Pretoria from August 28 to September 3.

Madibaz hockey star Kamva Dyakala will strive to take his game to the next level after being selected for the South African U21 team to play in next month’s men’s interprovincial.

The 20-year-old Nelson Mandela University goalkeeper will make his debut for the national side in the tournament that will take place in Pretoria from August 28 to September 3.

Earlier this year, he led Eastern Province to fourth place in the SA U21 interprovincial where he was named goalkeeper of the tournament.

Now he will need to move up a few gears as he faces the country’s best players in the senior tournament.

“I feel honoured and blessed to play for the national side at this prestigious event,” said Dyakala, who is in the second year of an inventory and stores management diploma.

“To be honest, I have never played in a tournament of this calibre so I’m a bit nervous, but very excited. It’s going to be challenging but I feel that if my preparation is good, the results will take care of themselves.”

Dyakala’s rise to one of the country’s best young goalkeepers did not follow the typical pattern.

“Initially I was a sweeper, being fairly big in physique, and all I wanted to do was score goals, which is pretty ironic given the position I now play,” he said.

“At first I didn’t think I would like to be a goalkeeper at all,” he confessed. “But little did I know that I would grow into the position, which I now really enjoy.”

Dyakala, who grew up in Despatch but now lives in Gqeberha, said his passion for the game was not something he could describe.

“It’s just something that I try to show out there on the field every time I play,” said the former St George’s Prep and Woodridge College pupil. “Making this team is a big moment for me and the highlight of my career so far.”

Madibaz Sport hockey manager Cheslyn Gie praised Dyakala for his efforts and added that it showed what the Madibaz hockey system could produce.

“I think this means the world to Kamva because he has been focused on selection for a while now. He has been dedicated and has an exceptional work ethic and drive.

He said Dyakala had put in a lot of extra hours on the turf and in the gym and that they had had several extra goalkeeping sessions to work on technique and to make small adjustments.

Gie believed Dyakala was a prime example of the benefits of hard work and dedication.

“The fact that he is constantly trying to improve and to analyse his game to figure out what to do better next time has helped his performances. Also, some self-reflection after games has helped him to critically evaluate his efforts.”

He added that it was essential for young players to be exposed to a tournament such as the senior interprovincial.

“It is very important as you get to see the different styles and types of hockey being played around the country,” said Gie.

“Also, you get to test yourself against the top South African players and it shows you where you need to improve to play at the next level.”