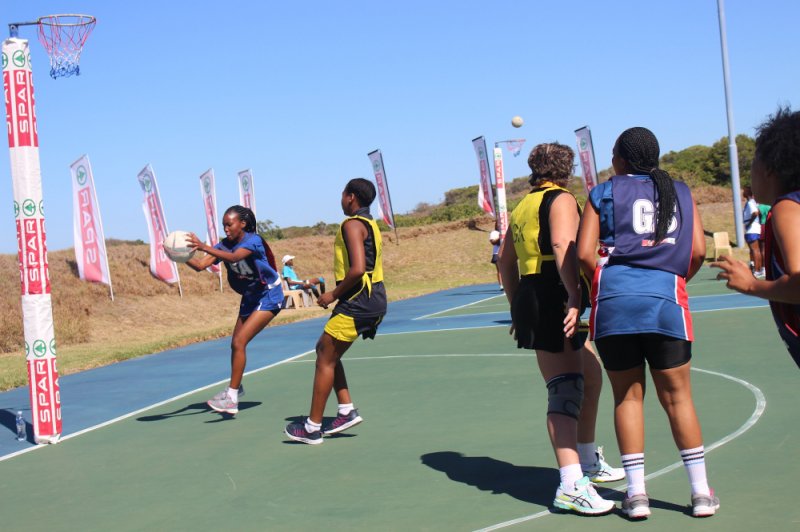 The SPAR Madibaz Netball Tournament, which will take place at the Nelson Mandela University south campus from Friday to Sunday, has again attracted a capacity entry

Nelson Mandela University will host its biggest netball club competition yet this weekend when the SPAR Madibaz Tournament takes place over three days for the first time.

Seen as the opening event of the Eastern Province season, the university club will host at least 80 teams from Friday to Sunday as the popularity of the tournament continues to soar.

Madibaz Sport netball manager Melinda Goosen said she was amazed each year at the remarkable interest in the event.

“This tournament has grown exponentially over the past five years from a one-day event to a three-day tournament for the first time this year,” she said.

“Last year we accommodated a record number of 80 team entries and this year we are expecting the same, if not a few more.

“We have already received entries from as far afield as Gauteng, as well as teams from the Western Cape.

“Over the past five years the tournament has gone from 48 teams to a record number of 80 entries last year. This is the biggest club tournament in the country.”

The tournament, Goosen said, was initiated in the days when Mandela University was still split into UPE and Technikon.

“Both institutions had special netball tournaments in the Drieka Nortje Memorial [Technikon] and the Irma du Preez Memorial [UPE].

“When we became NMMU [Nelson Mandela Metropolitan University] it changed to one tournament and was just called the NMMU Memorial tournament in respect for the ladies mentioned above.

“Over the years, this has evolved into the SPAR Madibaz Netball Tournament, starting on Saturday morning and ending that evening. Now we have to extend it to three days.

“It has always been a tournament that takes place early in the netball season and for the past seven years it has been seen as the opening-of-the-season tournament in Nelson Mandela Bay’s netball calendar.”

Goosen said they received entries mainly from Eastern Cape and Western Cape clubs, but for the first time this year Gauteng clubs had shown an interest.

“It is a senior club tournament, but we do allow for U16 and U18 school teams, who will be slotted into appropriate sections.”

A total of five sections will contest the women’s competition, while provision is also made for a men’s division.

Goosen said the tournament was perfectly positioned to provide insight into the various clubs’ player resources for the season.

“Coaches love to enter this tournament due to the number of teams they can enter, giving them a chance to assess their players against some of the best clubs around.

“Having a sponsor such as SPAR assists the Madibaz club in making this tournament such a success.

“To be able to bring a special vibe to the greater netball community in Eastern Cape is an awesome feeling.  Every year I am amazed at the atmosphere and how the players enjoy being part of this.

“It’s not just about the netball, but in essence the friendships that are made and the new people that you meet.”