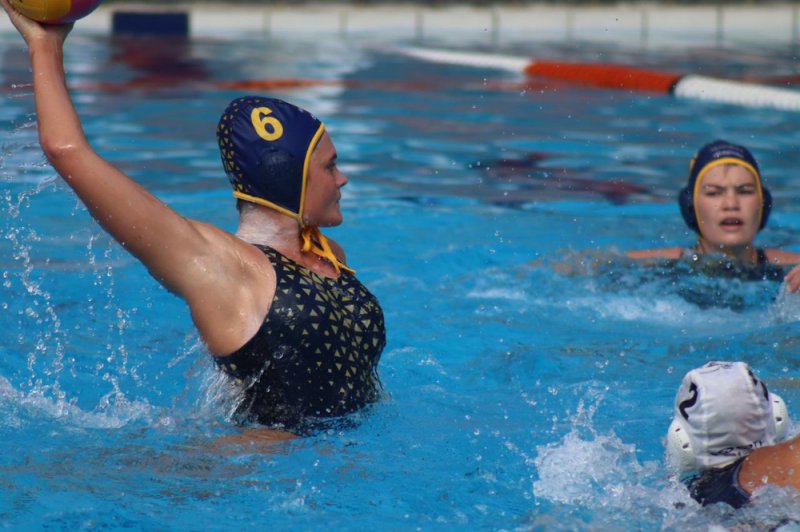 Madibaz water polo star Ashleigh Vaughan, who attended the Olympic Games this year, will have an important role to play for her side in the University Sport SA tournament in Cape Town from Sunday to Wednesday.

The Madibaz water polo team will strive to build on some good performances in recent years when they take up the challenge to land the University Sport South Africa title next week.

The event, in Cape Town, will take place for the first time since 2019, starting on Sunday and finishing on Wednesday.

Madibaz have been among the frontrunners in recent USSA weeks, finishing third in 2018 and 2019, while also placing fourth in this year’s Currie Cup tournament.

Under coach Delaine Mentoor, they have grown as a team and national players Meghan Maartens and Ashleigh Vaughan, who both attended the Olympic Games, believe they can give a good account of themselves in the Mother City.

Maartens, who patrols the team’s in-goal area, said she knew there would be tough games in their path but that they were psyched to test themselves against their peers.

“I think all the teams have a fair chance,” she said. “We haven’t seen much of the other squads, so there is an unknown factor.

“But I do know there will be some really good water polo and our aim will be to give it our best in and out of the pool.”

She added that the spirit in the squad, which includes utility player Erin Harty who competed in the World Junior Championships this year, was high.

“We are all super excited at receiving this opportunity,” said Maartens.

“Our first and second-year players will be experiencing their first USSA tournament and for some it will be our last. So we are all looking to make this a memorable one.”

Both players believed that playing as a team would be the key to success.

“The main thing is to focus on sticking together, making sure that we do the simple things well and listen to what our coach tells us to do,” said Maartens.

Vaughan, who operates at left back, said their preparations would play a big part in their title bid.

“Basically, these tournaments are all about the training you do before,” she explained. “It will revolve around making sure we are all focused on the same goal and then striving to play to the best of our ability.”

The pair identified Stellenbosch and UCT as their biggest rivals.

“At the last USSA tournament in 2019, we drew with UCT and narrowly lost to Maties, so they are probably going to present our biggest challenges again,” said Vaughan.

She also felt the week would be important for the future of Madibaz water polo.

“This is always a fun tournament which builds spirit in the team. We are only losing one or two members next year, so this will be a chance to lay a good foundation for the squad going forward.”