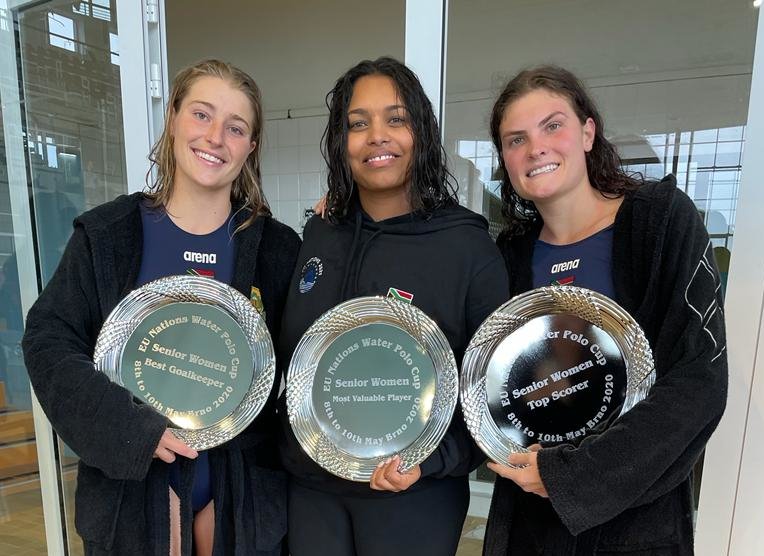 Having cut their international teeth at last year’s Olympic Games, Madibaz water polo stars Ashleigh Vaughan and Meghan Maartens know what it will take to leave their mark on the World Aquatics Championships in Hungary in June.

The pair from Gqeberha have been included in the South African team for the event that takes place from June 18 to July 4.

They will be joined in the squad by head coach Delaine Mentoor, also the Madibaz coach who guided the university team to Currie Cup victory in the women’s tournament in East London earlier this year.

Twenty-three-old left back Vaughan and goalkeeper Maartens, also 23, are now looking to build on their Tokyo experience.

“I definitely think that playing in Tokyo has helped me understand the level of international polo that we will be up against at World Champs, plus the standard we will need to reach to be competitive,” said Vaughan.

“It will be essential to play as a team and not forget that the end goal is to improve the programme of SA polo overall.

“It’s important to never drop our heads, no matter the score, and to be grateful that we are able to play with and against the best of the best.”

Vaughan and Maartens were both part of the Currie Cup-winning side and have continued to work hard to develop their overall play.

“I have been training and competing under Delaine since the Olympics and have been learning from her,” added Vaughan, who said she was grateful for the opportunity to prove herself as a worthy international.

She expressed her gratitude to the coaches who had mentored her throughout her career.

“I hope to make them proud and let them know that all their hours of coaching me have not gone to waste.”

Maartens said she had been working on specific aspects of her game and was looking forward to sharing the experience gained at the Olympics with new members of the squad.

“To keep improving I have been watching a lot of water polo matches and assessing shooters to see how they get into position to shoot,” she said. “I have also been putting a lot of work into plyometric exercises in the gym to try to improve my explosiveness in the goals.”

She added that competing in Tokyo had opened her eyes on how to prepare for international competition.

“It also means I can pass on some of the things I learnt to new players and guide them through their first big event.

“We have a five-day training camp (in Eger, Hungary) before Worlds, which I think will be a great boost for the squad as we learn how to work together.

“I believe the secret to success is to stick together as a team, trust the process our coaches have put in place and always work hard for each other.”