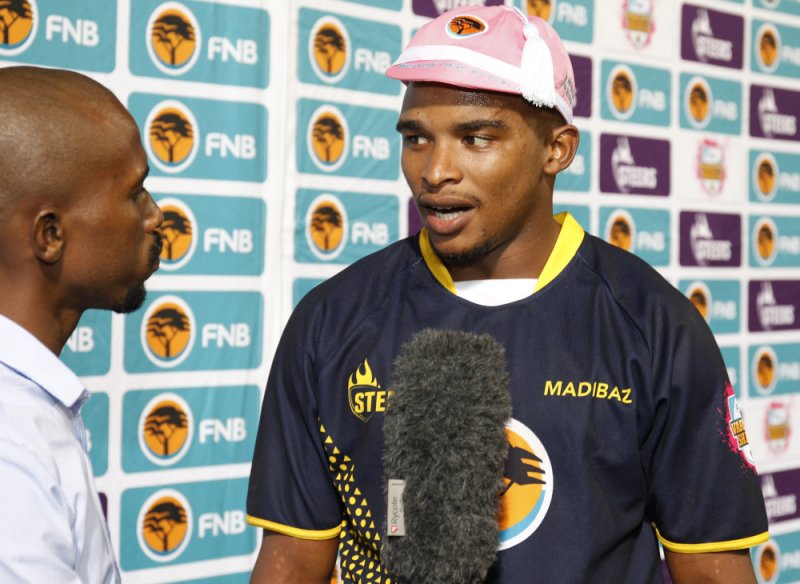 FNB Madibaz captain Luvo Claassen is interviewed after winning the Player that Rocks award in the Varsity Shield rugby match against University of KwaZulu-Natal at the Madibaz Stadium last Friday.

Captain Luvo Claassen’s FNB Madibaz rugby team are gearing up for an extreme physical challenge when they tackle provincial rivals Walter Sisulu University in the Varsity Shield in Port Elizabeth on Friday.

The match is the second part of an Eastern Cape university double-header at the Madibaz Stadium, with Rhodes kicking off proceedings against Fort Hare at 5pm.

This will be followed by the clash between of two of the competition’s heavyweights at 7pm.

Both the Nelson Mandela University outfit and Walter Sisulu are coming off opening-round victories and the scene is set for an explosive showdown.

Claassen, the Player that Rocks in their win against KwaZulu-Natal last Friday, said they were delighted to pick up five points in that match but they realised there was still a long way to go.

“We know that Walter Sisulu are a very physical side and we will have to front up for that,” he said.

“It’s probably going to be one of the most physical games of the season and we are going to have to work very hard throughout the match.

“But our plan is always to focus on the things that we do well and to make sure we execute everything accurately.”

Having ended top of the log last season, the Madibaz skipper said he knew they would have a target on their backs this year.

“It will be a big test, but the guys are ready to take that on,” he added.

“We all know that a promotion spot is up for grabs, so that adds some spice to the competition this year.

“But we are prepared to embrace that challenge and we know we have to keep working hard.”

Claassen said he was pleased with their performance last week, especially as it was their opening game.

“We were very happy with the result and the defence was good – we were able to put pressure in the right areas and were delighted to come away with the win.”

Personally he felt he had “a bit of a shaky start” but improved as the game went on.

“Although I received the award, it was all due to the team effort. It was a well-balanced display and the guys worked hard to play in the right areas.

“Our kicking game was accurate and we managed the game very well.”

Madibaz Sport rugby manager Ntsikelelo Ngcakana said they were thrilled with the support they received last week and were anticipating another full stadium this Friday.

“I personally think moving the games to Friday was a great move and we couldn’t have asked for anything better from our supporters,” he said.

“This week will be huge for Nelson Mandela University and Eastern Cape rugby and we can’t wait to put on a great show.”

He said the team’s mandate was to “treat every game like a final”.

“We want to execute any opportunity that arises to make sure we get all the points we can. KZN pushed us hard and we will take that win and now focus on the next task ahead of us.”