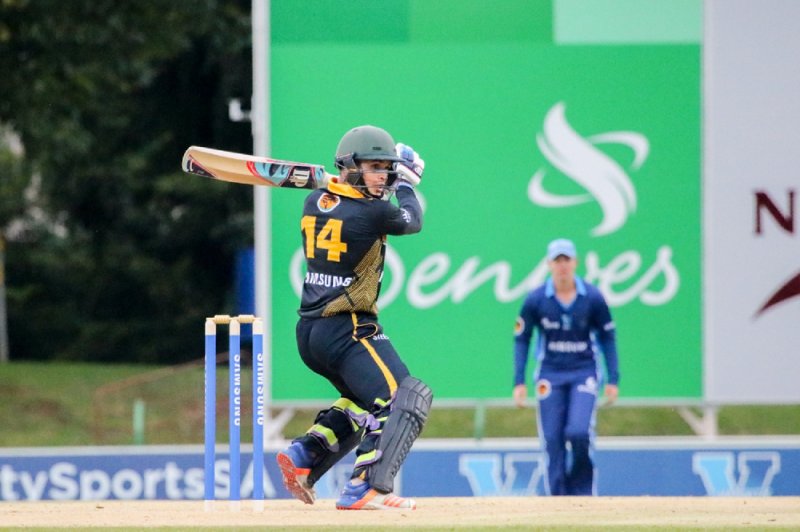 Madibaz cricketer Matthew Christensen, who graduated this year, says careful planning is essential to handle the demands of getting a degree and excelling on the sports field

Forward planning to ensure they could handle both their academic and sporting commitments was crucial to their success, say Madibaz cricketers Matthew Christensen and Luphumlo Ncanywa.

The Nelson Mandela University student-athletes graduated this year, Christensen with a BCom in business management and Ncanywa with a doctorate in chemistry.

Their journeys through varsity life were quite different though, with the 23-year-old Christensen doing his degree from 2015 to 2109, while Ncanywa, 32, began his studies back in 2005.

Besides proving themselves in the academic world, both made their mark on the cricket field for Madibaz.

Batsman Christensen rose to play for the EP Amateur team and attended the national academy, while Ncanywa, also a batsman, showed his talent by hitting a century in his first match for the varsity’s George campus side.

“I enrolled for a BSc in chemistry in 2005, but I wasn’t doing so well,” he recalled. “Rather than quitting, someone during open day introduced me to polymer chemistry.

“Without informing my parents, I signed up for that and ended up obtaining that qualification.

“After working at [tyre company] Goodyear, I returned to studying in 2012 to try to obtain honours. I met Prof Paul Watts who introduced me to continuous flow chemistry and that has led to my doctorate.”

He said his philosophy was that life would always present obstacles.

“You need to understand this and know that you have to overcome them to achieve your goals by planning in advance. Also, you need to balance this with taking time out for some fun.”

Christensen also emphasised how important it was to prioritise academic commitments, especially in the first two years.

“First-year students need to plan carefully and finish as many modules as you can as early as you can,” he said, adding that the challenges multiplied if you were considered for representative teams or academies.

“Don’t be tempted to take it easy during your first and second years because if you can get the bulk of your studies done you will enjoy your sport much more as there won’t be as much pressure.”

Both cricketers underlined the importance of receiving support from parents and friends, as well as lecturers and Madibaz Sport management.

“Sometimes I had to schedule my practices for odd times to fit in with my study commitments,” said Christensen, who grew up in Cape Town but now lives in Port Elizabeth.

“The coaches and management were very understanding and supportive. A big thanks must go to [EP Senior Provincial coach] Piet Botha as he was always willing to assist if I had to write a test or leave a practice early.

“Mr Riaan Osman [Madibaz Sport deputy director] also played a tremendous role, especially in my first few years, helping me with the logistics off the field and the admin side of things for missing classes.

“That was essential to create harmony between sports and academics, while most lecturers were also very understanding when there were clashes in our commitments.”

Ncanywa reiterated Christensen’s views, saying his “excellent support system” was invaluable in him realising his dreams.

“There were always challenges on the academic front, but excelling was my number one priority so I relied heavily on the support I received from all quarters.”

For Christensen, his parents’ approach to his development was a significant factor.

“They were always believers in a good education. They said although they would never be able to guarantee that I would be a professional sportsman, the one thing they could guarantee me was an education.

“But they never put pressure on me to perform and that, in a strange way, instilled a desire in me to make sure I performed in all aspects of life.”

Despite the various challenges of excelling in both spheres, the importance of team camaraderie is not lost on Ncanywa.

“In my first official game for NMU cricket I scored a hundred and my coach gave me the nickname Centjie [Century]. Everyone in the team knows me by that nickname.

“Since I have obtained this qualification they have begun calling me Dr Centjie,” he added, laughing.