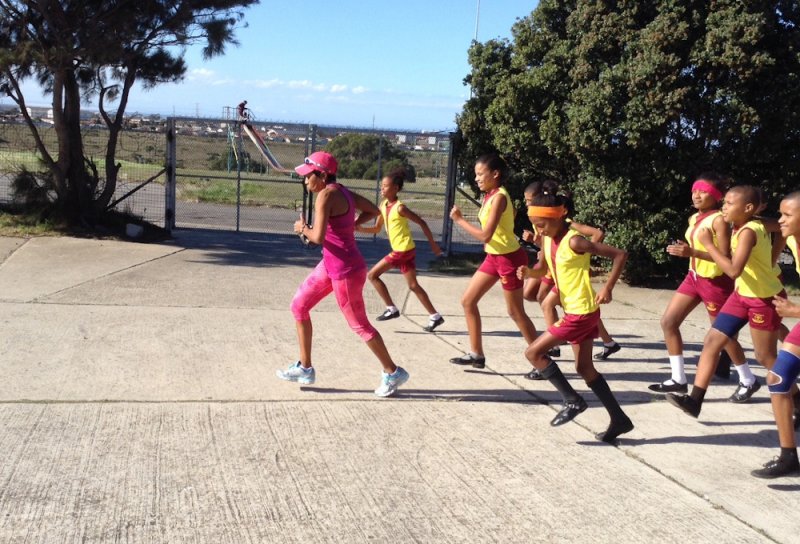 Retired teacher Minnie Trimalley says the SPAR Women’s Challenge was the catalyst for her to become a dedicated exercise enthusiast, leading to a new and healthier lifestyle.

The 70-year-old is one of the Eastern Cape race ambassadors this year, a tribute to running habits which have become part of her daily ritual since that first Port Elizabeth event 27 years ago.

This year she will again be joining thousands of women at the race village in Summerstrand for the popular 10km and 5km races on March 21.

Trimalley, who grew up in Schauderville but now lives in Summerstrand, had already become a regular runner and had competed in the Two Oceans and Comrades ultra-marathons by the time she was introduced to the SPAR event.

But she says competing in the Women’s Challenge changed her life completely.

“I became disciplined and committed in such a way that running became part of my life,” she said. “I believed in myself, which proved I had the ability to better my time with each race.

“I realised it was a healthy addiction as well as a stress reliever. I’m an early-morning runner so I schedule my daily programme as I hit the road.”

During her teaching career at Hillcrest Primary in Helenvale, which lasted 46 years, Trimalley would often challenge her pupils to join her running programme.

“I trained so hard for the SPAR Women’s Challenge that I often received medals in my age category.

“That was the time I encouraged my learners to run the race with me, which they are still doing today.

“The example I set is my energy as well as my fitness level, which they admired and they often compared my age with their parents.

“They always spoke about my fitness and looked up to me as their running teacher. They called me their role model and it is so satisfying that they wanted to be like me when they grew up.”

She praised the children under her care for their commitment.

“Transport has always been a huge problem,” she said. “If we had transport to get them there I’m sure Hillcrest Primary would be the winning school with the most entries [in the Women’s Challenge].

“They used to walk early in the morning from Helenvale to get to the start at Kings Beach and later the area adjacent to Pollok Beach. To them the T-shirts, goodie bags and medals were something to look forward to.”

Besides encouraging a healthy lifestyle for the youth, Trimalley said the Women’s Challenge was a wonderful opportunity to join in the fun.

“It urges women of all shapes and sizes to participate and the camaraderie among them is electrifying.

“For some it sets a platform to become more serious runners and later professionals.

“For others, it’s about enjoying the fun during the race and the big achievement for most of them is to finish and receive a Women’s Challenge medal.

“My advice to all women is to enjoy the race, finish it and you never know what the future holds.”