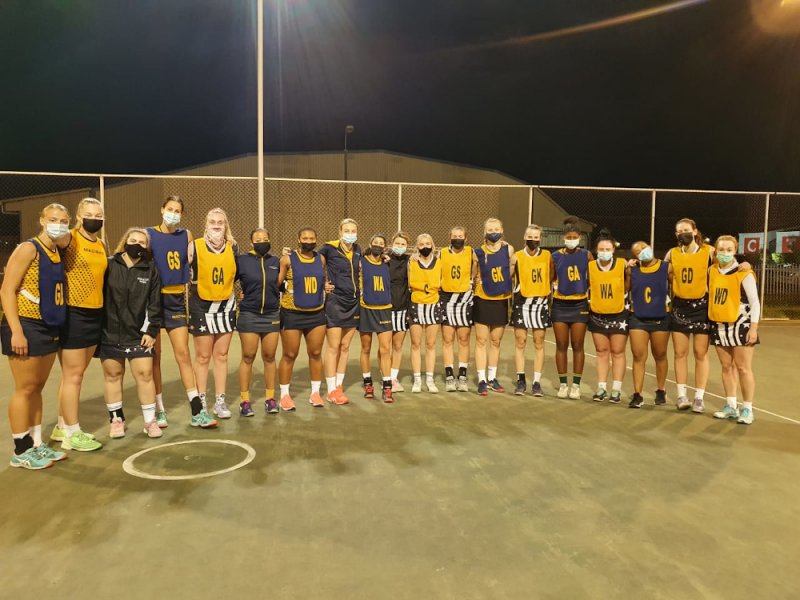 The SPAR Madibaz netball team had some success in June tournaments, winning two titles and qualifying for the provincial playoffs of the Twizza national club championship.

The SPAR Madibaz netball teams produced a successful run of results during May and June, culminating in the elite side winning the district playoffs of the Twizza national club championship.

This is the first step in their bid to qualify for the national playoffs, which are scheduled for September 22 to 26.

The Nelson Mandela University outfit will now move through to the provincial finals, where they will come up against the other district winners to decide the Eastern Cape champions.

Madibaz Sport netball manager Melinda Goosen said the provincial tournament had been set for the end of July, but the move by the government to the Covid-19 level 4 lockdown could affect those dates.

“There is some uncertainty at this stage because of the latest restrictions and we still need to confirm the dates for the provincial finals,” said Goosen.

“But it has been a good month for Madibaz netball, crowned by our victory in the Twizza club championship, beating Despatch in the district final last week.”

“This is a competition for all first teams of all league clubs in Nelson Mandela Bay and we took the title, also beating Despatch in the final.”

Several Madibaz teams competed in the Grand Challenge knockout competition. This is normally played on a round-robin basis but the format was changed this year due to Covid-19 restrictions reducing the number of days available.

“We were again able to produce some good results in this tournament,” said Goosen.

“The A league final was contested by Nelson Mandela University teams, with Madibaz 1 overcoming Madibaz 2.

“Unfortunately our B team had to withdraw from their section and only the B reserves played in the Grand Challenge.

“They also advanced to the final but were beaten 16-15 by Park and had to settle for silver.”

The depth of Madibaz netball was underlined when both the C and C reserves teams reached the final, with the C team confirming their status by taking the gold medal.

The elite team are now awaiting confirmation of their upcoming competitions, with the dates having been affected by the pandemic.

“The USSA (University Sport SA) week, which was scheduled for the end of July, has been postponed and might take place in September,” said Goosen.

“Varsity Netball is due to start on August 20, but we are still awaiting confirmation of that.”