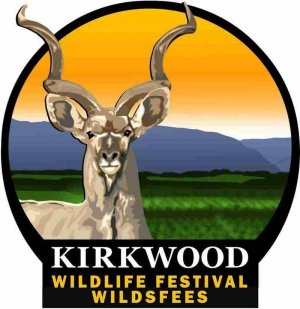 “This year’s Absa Kirkwood Wildlife Festival is kicking off the festivities around the 2010 Soccer World Cup with a “bigger, wilder, greener and more action packed festival calendar” than ever before,” says festival director Jenni Honsbein.

Taking place from June 4-6, the 2010 festival features over 350 specialist stalls, free entertainment all weekend, the Eastern Cape’s biggest wine fair, kids entertainment, gourmet food, one of the country’s biggest and most prestigious game auctions, and the wildest car displays.

“We can claim to be the smallest town with the biggest festival in South Africa, and this community is very proud of what it has achieved in presenting this annual festival.” says Absa Kirkwood Wildlife Festival chairperson Paul Marais.

“The partnership between Absa and the Kirkwood Wildlife Festival is producing a legendary festival that will be embedded in the history of the Sundays River Valley in years to come,” says Stanton du Plessis, general manager Absa Business Bank. “The opportunities this partnership is creating for the Sundays River Valley community is invaluable and will contribute to its economic, ecological and social viability into the future,” he says.
Absa is also sponsoring the first Wildlife Management Conference, which is being held the day before the country’s top boma game auction.

“We are proud to be the financial partner of the inaugural 2010 Absa Kirkwood Wildlife Management Conference which will create a platform for dialogue, information sharing and debate around pertinent and relevant topics. We encourage all to come along and enjoy what the three day jam packed programme has to offer,” he says.

“The community-run festival attracts over 35 000 visitors during the festival period, and contributes to tourism and community development throughout the rest of the year” says Marais. “The mostly volunteer steering committee and management team provide paid work for over 350 locals from the township in the two weeks running up to the festival. We have trained our own security guards and have also sponsored the training of a Kirkwood traffic control officer,” says Marais.

“And I am pleased to say that the Absa Kirkwood Wildlife Festival has outgrown the school grounds where it has been staged since it started nine years ago – and we have now extended the festival into the community. This year’s Absa Kirkwood Wildlife Festival is collaborating with Patrick Lindoor and the Rietberg Primary School in Kirkwood to host a fun filled day packed with live music and entertainment for the less privileged members of the Sundays River Valley community,” says Marais.

As usual, this year’s festival on the Kirkwood High School grounds will be bursting with celebs including “Hilda” from 7de Laan, who will be assisting with cooking demos. Top artists include Prime Circle, Juanita Du Plessis, Amore Vittone, Kurt Darren, Dozi and Nianell, as well as the Soweto String Quartet.

“This year visitors will find more to tempt their tastebuds than ever,” says Honsbein. “We will have a selection of gourmet foods, wonderful cheeses, the province’s biggest wine festival, mampoer, seafood delicacies, the Lemon and Lime bar – and the many more treasures hidden in the over 350 specialist stalls.

“There is also the Marina Potjie Jamboree and enjoy the sounds of live jazz whilst sipping on some fine wine at the Huisgenoot Plein, says Honsbein. “And you will even be able to munch on a famous Nanaga pie at the festival or discover more about the rich heritage of the valley listening to Stef Delport’s Stoep Stories, which will be filmed by the ATKV.”

“For the animal lovers, on show will be the butchest, buffest and biggest boerboels you’ve ever seen on Saturday, June 04 at 09h30, as well as the cuddliest, cutest cats at the cat show championship at 14h00,” she says. For a truly wild experience, enter the “Walk on the Wildside” tent for the festival’s first ever “free flight” owl show, and get up close and personal with some of the country’s scariest creepy crawlies and snakes.

The kids will have a ball on the adrenalin-pumping funfair rides and will be well looked after by everyone’s favourite clown duo, Popsi and Hobi.  If you’re in the market for a buffalo or golden wildebeest, don’t miss out on one of the biggest game auctions in South Africa taking place on Saturday, June 05 at 12h00” she concluded.

Sports fans will be pleased to know that the big screen will be up and running in the Windhoek tent and live matches will be screened throughout the weekend.