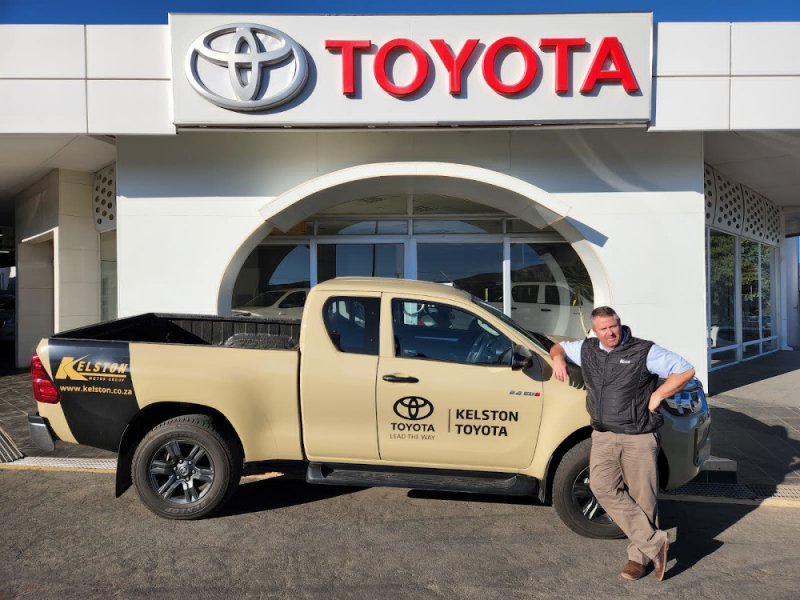 Stephen Meyer, dealer principal of Kelston Toyotaâs outlets in Somerset East and Cradock, says they have changed their strategy after experiencing a temporary shortage of new-vehicle stock following the KwaZulu-Natal floods.

A temporary shortage of new-vehicle stock has resulted in Kelston Motor Group’s Toyota dealerships in the Eastern Cape changing their strategy to accommodate clients.

“We have therefore decided to change our short-term strategy and offer our used stock as an alternative.”

Meyer said that, due to demand, new vehicles had been in short supply even before the floods and that the factory had been trying to catch up on the backlog of orders in the system.

That in effect meant that customers who had already been waiting for their vehicles had to be patient for a little while longer, he said.

Although locally produced models such as Hilux, Fortuner and Corolla were most affected, he explained that the supply of imported models was also under pressure due to the shutdown of stock control systems.

With more than 90 per cent of new stock at the Somerset East and Cradock branches already been sold, these dealerships are leaning on Kelston’s Automark used car business to plug the gap in the market.

“Usually, when there is a short supply of new vehicles, people start buying used cars,” said Meyer. “The downside is that this can lead to source and supply challenges.”

Therefore, he said, it was a huge advantage that all dealerships had access to the group’s used fleet.

“We should have less of a stock issue than an independent dealer as our pool is much larger.”

Meyer, whose dealerships serve the communities from Somerset East to the northerly towns of Hofmeyr and Steynsburg, confirmed that the availability of parts for all Toyota models had not been affected.

“Toyota has sufficient parts at its distribution centre and there is no immediate risk of stock outages.

“This is good news because providing parts is a critical division of our operations. It is important in our service environment as well as in direct sales to the public.”

Toyota commanded close to 30 per cent of total monthly sales in the country, he said.

“It is the number one passenger and light commercial vehicle (LCV) brand. With regular monthly sales of 4 000-plus units, Hilux is the top-selling vehicle in the country.”

As a result of the natural disaster, Toyota SA recorded total monthly sales of less than 10 000 units for the first time this year in April. The manufacturer however kept its sales leadership after posting 8 952 units on the sales charts.

In the LCV segment, Hilux (2 788 units) was once again the top performer while the Corolla Cross (1 421) made a strong showing in the passenger segment.

The Kelston Motor Group has dealerships specialising in various brands across the Eastern Cape, including in major centres such as Port Elizabeth and East London.