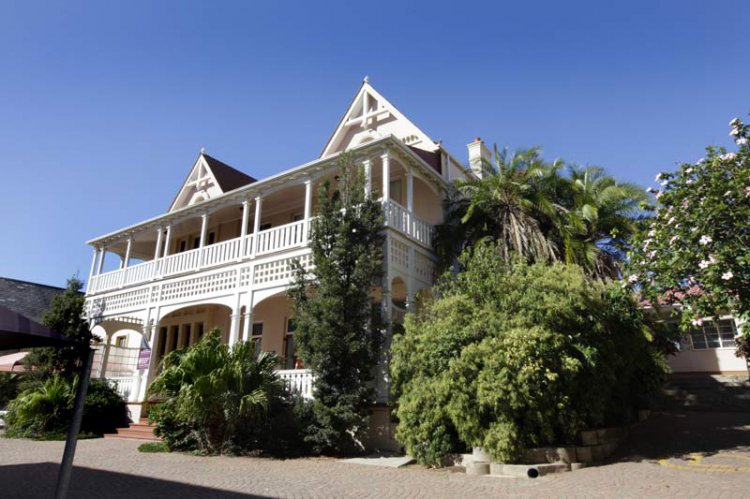 Fleming House, which stands just below Cora Terrace, was built in 1851 by William Fleming, a leading merchant of Port Elizabeth and a Member of the Legislative Council. It was built in the Regency style with a verandah showing Chinese influence. Inside is a remarkable cast-iron spiral staircase. Prince Alfred and his party stayed here during the Princeâs visit to Port Elizabeth in August 1860.
The house was later rented to two prominent businessmen, Alfred Ebden and Charles Tennant Jones. About 1879 it was bought by H.B. Christian who named it Ronaldswaye. In 1911 it was acquired by the Marist Brothers and used as a boysâ school. In 1967 it was bought by the University of Port Elizabeth (now Nelson Mandela Metropolitan University) as part of the universityâs Bird Street complex.
Contact / ReservationsFlemming House (NMMU Campus)