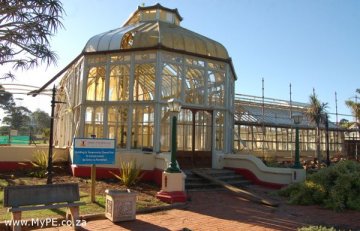 1882 Victorian Pearson Conservatory was built for the cultivation of exotic plants, water lilies and beautiful orchids. Named after Mr Henry Pearson, Mayor of P.E. on sixteen occasions, member of the Legislative Assembly, Treasurer-General of the Cape 1880-81 and Colonial Secretary in 1889. It was he who suggested the establishment of the conservatory for the cultivation of exotic plants. It was declared a national monument in 1983.
Contact / ReservationsPearson Conservatory