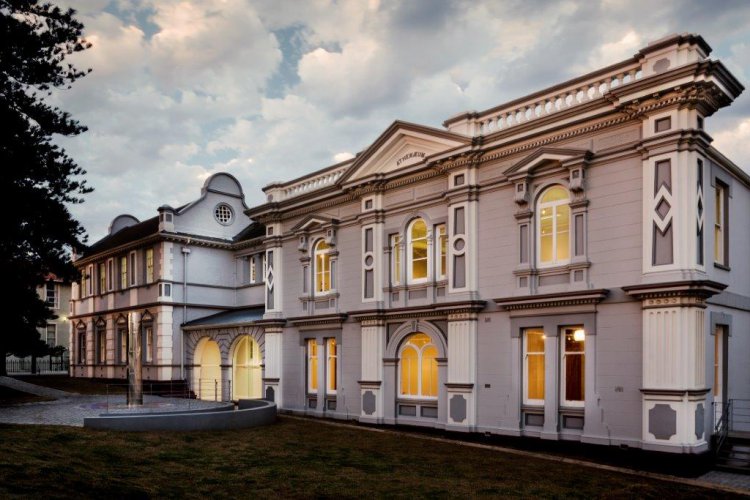 The Grand Old Lady of the city, the Athenaeum, is the community hub for the emerging creative industry in Nelson Mandela Bay.

Home of the colourful Pemads Ford Little Theatre.This multi-purpose venue offers a diverse space for live performances, exhibitions, events, conferences, workshops, meetings, showcases and launches.
At the corner of Castle Hill and Belmont Terrace stands the Athenaeum. The Athenaeum was founded in the 1850s to promote cultural activities. It died out in the 1880s. In 1893 the Young MenÃ¢ Institute, the School of Art, the Naturalist Society and the Camera Club combined to re-assert the right of the Athenaeum to occupy a part of the City Hall.

The Town Council offered to bear most of the cost of the present building which was opened in 1896. In the early years of the 1900's it became mainly a social club and changed its name, but it has since again become a centre for cultural as well as social activities. After the Second World War the Port Elizabeth Musical and Dramatic Society rented and enlarged the Loubser Hall extension which is now the Little Theatre.

The building is one of the few examples of the classical style of architecture in the city and was designed by George William Smith. It was declared a national monument in 1980.
Contact / ReservationsPort Elizabeth Athenaeum