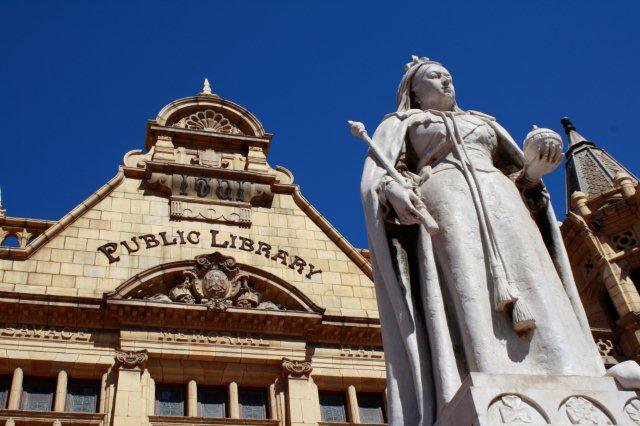 At the time of the Queen's Diamond Jubilee in 1897 a movement to raise funds for the statue was started. E. Roscoe Mullins, a renowned sculptore from London at the time, was the commissioned to sculpt the statue which is made from Sicilian marble.

The statue can be viewed as part of the Donkin Heritage and Route 67 routes.
Contact / ReservationsQueen Victoria Statue